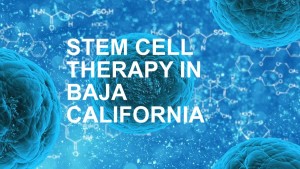 Due to their reported ability to differentiate into neurons and astrocytes to replace the  dead or injured  neurons, we utilize Mesenchymal stem cells, as a potential treatment remedy for ALS patients.

For suitable candidates we offer an  extensive treatment protocols for ALS  patients which includes the option of applying hundreds of millions of umbilical cord tissue cells,  or  harvesting and applying large quantities of   mesenchymal stem cells, usually drawn from the  patient’s own bone marrow.  This treatment  includes other supportive treatments and therapies  with an aim to maximize the treatment effectiveness. Stem cells harvested from the patient’s own bone marrow will also be sent to a specialist COFEPRIS licensed laboratory for further cultivation, and differentiation for further injections.

Amyotrophic lateral sclerosis (ALS), also known as Lou Gehrig’s Disease, Motor Neuron Disease (MND), and Charcot’s disease, is a progressive neurodegenerative disease which attacks motor neurons in the brain and spinal cord. This causes the wasting away of muscle and progressive loss of movement. There is an estimated 30,000 people in the United States living with ALS at any given time and every 90 minutes, someone is diagnosed with the disease. Most people succumb to ALS between age 50 to 70.

There is no known cure for ALS. Around 10 percent of cases are known to be in some way hereditary.

The majority of people with ALS live about 3-5 years after experiencing their first signs of the disease. With At least one in ten people living more than 10 years subsequent to  their diagnosis.

How do we hope stem cells work against this type of disease (ALS)?

It has to be emphasized that ALS is an extremely challenging disease to treat. There is no cure for ALS nor can anyone promise one. At most we can hope to treat the symptoms of ALS and slow down or at best halt its progression.

Stem cells have shown remarkable healing properties in the body. Studies have now shown that stem cells have the ability to reduce the deterioration of nerve cells, restore cell function, reduce symptom-causing inflammation, and even regrow new neurons.

As we explain at this link– these protocols are simply not available in the US and Canada and this is why we are in Baja California, Mexico.

Researchers have shown over the years that Mesenchymal Stem Cells (MSCs) are one of the strongest anti-inflammatory tools available today and many patients are turning to stem cell therapy to meet their needs.

The ALS Association’s Statement on Stem Cell Research of  August 26th, 2014 states in part that,

‘The Association believes that stem cell research is an evolving field that holds the potential to provide benefit to people with ALS in the future.  The pursuit of stem cell research with appropriate scientific review and ethical guidelines directly furthers the mission of The ALS Association in finding a cure for and improving living with ALS.’