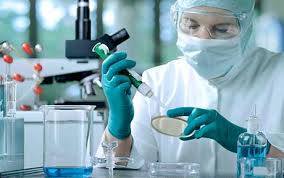 Stem cells reside in adult bone marrow and fat, as well as other tissues and organs of the body. These cells have a natural ability to repair damaged tissue, however in people with degenerative diseases they are not released quickly enough to fully repair damaged tissue. In the case of fat stem cells they may not be released at all. The process of actively extracting, concentrating and administering these stem cells has been shown in clinical trials to have beneficial effects in degenerative conditions. We offer patients and their doctors access to these therapies now.

We offer treatments using both autologous (your own) stem cells and/or third party donor cells. All of our stem cells are treated in a laboratory approved and regulated by COFEPRIS, or the Mexican equivalent of the US FDA.

Adult stem cells can be extracted from many areas of the body, including the bone marrow, fat, and peripheral blood. Once the cells have been harvested, they are sent to the lab where they are purified and assessed for quality before being reintroduced back in the patient. Stem cells isolated from the bone marrow or fat have the ability to become different cell types (i.e. nerve cells, liver cells, heart cells, and cartilage cells). Studies have also shown that these are capable of homing to and repairing damaged tissue. Animal studies have shown that these stem cells also secrete proteins and peptides that stimulate healing of damaged tissue, including heart muscle and spinal cord.

Also referred to as MSCs; these are cells that are isolated from the stroma (connective tissue that surrounds other organs & tissue).

Initially MSCs were discovered in bone marrow and have been proved to create bone, fat cells & cartilage.  Today, they can be grown from other tissues as well such as; fat, cord blood & cord tissue.  Not all MSCs are the same, in fact, their characteristics depend on the location in the body that they are grown from.

MSCs are considered to offer the best healing power of all stem cells as well as being the safest- these include adult stem cells from cord tissue, bone marrow and adipose fat tissue

Various scientists say that the ability of the MSCs to regenerate tissue is not in their capacity to replicate themselves and create another cell but, rather, in their stimulatory effect on the body to naturally regenerate its own cells. It has been described as a medicinal signaling cell.

MSCs see a signal and respond in a controlled way. Also described as the management of innate regenerative potential.

Umbilical cord stem cells reside in the umbilical cords of newborn babies. HUCT stem cells, like all post-natal cells, are considered to be “adult” stem cells.

Cord tissue has been shown to be a plentiful, non-controversial source of stem cells. It  has a number of advantages over traditional methods of preparing stem cells. We have developed methods to harvest and employ stem cells from the placenta and the umbilical cord tissue so as to provide a safe non-controversial alternative to the harvesting of embryonic or fetal stem cells. For more on cord cells click here

Fat stem cells are essentially sequestered and are not available to the rest of the body for repair or immune modulation.

The bone marrow stem cell is the most studied of the stem cells, since they were first discovered to in the 1960s. Originally used in bone marrow transplant for leukemias and hematopoietic diseases, numerous studies have now expanded experimental use of these cells for conditions such as peripheral vascular disease, diabetes, heart failure, and other degenerative disorders.

For ethical and legal reasons we do not work with Fetal or embryonic stem cells.